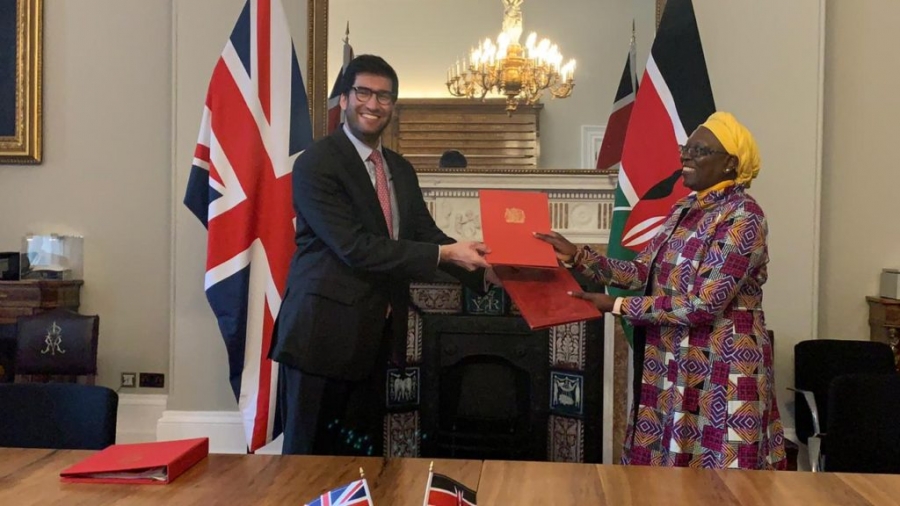 The National Assembly this week ratified the Economic Partnership Agreement with the United Kingdom, opening the Kenyan market to about 2,000 products, whose import tariff will either be lowered or zero-rated.

The pact's adoption comes at a time Kenya is facing numerous micro-economic challenges; debt burden, increasing unemployment and dwindling revenues. Thus, a 25year commitment EPA with the UK further compounds the situation according to some analysts.

According to Econews Africa, a government advisory think-tank, the expected revenue losses will be tragic to the country that is already in economic hardships. It noted that although the EPA allows for gradual and partial reduction of tariffs, from 95 per cent of the basic duty followed by total elimination, fears abound that a majority of imports are likely to be subjected to zero duty at the point of entry.

Others are sulphate of aluminium, flat rolled products of iron or non-alloy steel, oil or petrol filters for internal combustion engines, electro-thermic coffee or tea makers for domestic use, toasters, smart cards, wire and cables.

Nominated MP Godfrey Osotsi observed that the pact will be injurious to President Kenyatta’s own Big Four agenda of manufacturing and food security. The imports set to have their duty zero-rated attract an East African Community Common External Tariff of between 10 and 25 per cent.

Currently, Kenya applies at least two surcharges on imports —the Railway Development Levy (RDL) and the Import Declaration Fees (IDF). However, the agreement does away with RDL and IDF. RDL is charged at the rate of two per cent of the customs value of goods imported for home use to provide finances for repairs of the Standard Gauge Railway (SGR).

IDF is charged at the rate of 3.5 per cent of the import value. Under the UK-Kenya EPA, Kenya must eliminate such duties from the day the agreement comes into force. In 2019, Kenya imported goods valued at Ksh32.7 billion ($298.4 million) from the UK.

This means that elimination of RDL and IDF will amount to an annual government revenue loss of about Ksh2 billion ($18.2 million).

During the term of the EPA, and without considering the changes in imports, the cumulative loss to government will be Ksh50 billion ($456.2 million) in RDL and IDF alone.

Make sure you enter all the required information, indicated by an asterisk (*). HTML code is not allowed.

AIK Network platform works to bridge the gap
in information dissemination through availing
data and content that promotes ease of doing
business.